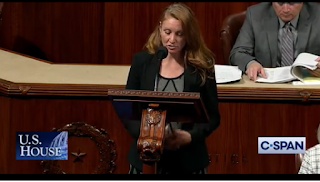 Rep. Stansbury is a natural for the House Hunger Caucus. Before her election to the US House, she worked tirelessly as a state representative to coordinate a new approach in New Mexico to address hunger in our state. She promoted an omnibus bill that would bring together all the elements needed to address hunger in New Mexico. This created the blueprint for anti-hunger efforts going forward.

And one of her first actions after her swearing-in ceremony to the US House was to speak out in favor of making the Child Tax Credit permanent.

What is the Hunger Caucus?

A caucus by definition is comprised of a group of members of Congress that meets to pursue common legislative objectives. According to the Congressional Research Service, caucuses are formed as congressional member organizations (CMOs) both in the House and the Senate. The legislative bodies are governed under the rules of the two chambers.

Unlike formal committees, caucuses do not have authority to craft legislation. They primarily intend to provide a forum for members to demonstrate their willingness to work together on a particular issue such as addressing hunger in the United States. While highly symbolic, they also contribute to the national conversation. For example, in December of 2020, House Hunger Caucus co-chair Rep. Jim McGovern, a Democrat from Massachusetts, urged then President-elect Joe Biden to to appoint a “hunger czar” to develop, coordinate, and implement a national strategy to reduce food insecurity in America.

"I have long maintained that hunger is a political condition, and the choices our leaders make have a profound and direct impact on whether or not Americans families will live in fear of not knowing where their next meal will come from. Ending hunger is not only a moral obligation; there is also a tremendous cost to our country for our indifference," McGovern said in a letter to Biden.

Caucus Co-Chair Jackie Walorski, R-Ind., has also spoken in favor of policies to address hunger in our country. “Access to plentiful, nutritious food plays a key role in health and wellness and can help families and communities build stronger futures," Walorski said during a commemoration of World Food Day in 2020. “I’m honored to support the designation of a World Food Day and renew my commitment to addressing hunger, food insecurity, and malnutrition in the U.S. and across the globe. As co-chair of the bipartisan House Hunger Caucus, I’ll continue working to make nutrition a priority in Congress.”

Here are other quotes from legislators, including some members of the Hunger Caucus, on World Food Day 2020

To be sure, the House Hunger Caucus aims to be a bipartisan body.  Here is the current listing, courtesy of Rep. McGovern's office. The listing does not include party affiliation, but a few of these legislators are members of the Republican Party.

What About the Senate Hunger Caucus?

Unlike the House, Senate groups receive neither official recognition nor funding from the chamber. But a Senate Hunger Caucus does exist, and co-chairs include high-profile senators: John Boozman (R-AR), Sherrod Brown (D-OH), Bob Casey (D-PA), Dick Durbin (D-IL), and Roger Marshall (R-KS). "Living in the breadbasket of our nation, it can be difficult to comprehend the prevalence of hunger around the world. Yet hunger is real, and it threatens the future of millions of people every day,"  Sen. Jerry Moran (previously a co-chair of the caucus) said in his website.

In addition to the co-chairs, the Senate Hunger Caucus is comprised of nine other senators. See listing.

Among recent actions, the caucus led a food drive in Congress in 2019.  In November 2020, Sen. Moran and a handful of his colleagues introduced a resolution to honor the World Food Program for receiving a 2020 Nobel Peace Prize.

For #Eritrea, climate-smart agriculture is not just a piece of UN agreement but more of survival. That is precisely the reason why Eritrea takes soil and water conservation, in general and water harvesting in particularly very seriously. #WorldFoodDay2021 #EritreaPrevails pic.twitter.com/QQQ4fO1END

If we're serious about feeding everyone on the planet, we need to get serious about strengthening our global food systems! When we do it right, millions of the world's most vulnerable communities can have hope, opportunity and a future free from hunger. #WorldFoodDay2021 pic.twitter.com/5zrrBOp4iM

#WorldFoodDay2021. It doesn’t matter if it’s a baguette from France, Apple from Japan, Oranges from Israel or Thali from India 🇮🇳🇮🇱🍊🇯🇵 🍎 🇫🇷 🥖. Food connects us all. pic.twitter.com/D7KrB5Fm3g

#WorldFoodDay reminds us how collective action can create a more sustainable planet & help #EndHungerNow. This summer, @RepMcGovern & I explored the great work being done in @CCCounty to promote food security & we're continuing our efforts to implement these efforts federally. pic.twitter.com/CBTqJwqpfO

Food security is a human right, and we must fight to increase access to healthy food, reduce food waste, and acknowledge the scale of the problem. #WorldFoodDay pic.twitter.com/BPz3Cf6Bky

As we recognize #WorldFoodDay2021, there is a clear solution to ensuring every family can put food on the table:

Congress must extend this tax cut for working families & make it permanent.

On World Food Day, Pope Francis says we must adopt “innovative solutions” to transform the way we produce and consume food “for the well-being of people and of the planet.”https://t.co/3fOrqiYyzd

Did you know that Federation supports one of the largest social service networks in North America? That includes food banks and pantries. Tomorrow is World Food Day. Before Shabbat begins, find out about volunteer opportunities in your community. #WorldFoodDay #ShabbatShalom pic.twitter.com/wmAtM4HW3l

In conjunction with World Food Day, UNITED SIKHS honours Punjab’s #farmers who led the Green Revolution for India in the 60s making it the #breadbasket of India. Today, these farmers oppose laws to prevent food poverty by opposing Indian farm laws that will corporatize farming. pic.twitter.com/PLPNx5YWdS

TO FEED POOR IS A PART OF ISLAM
It is an Obligation & Mandatory act on those Muslims who r physically & financially capable for doing so that they help Poor & Needy. We should always show kindness with poors & those who don't do this r disobeying Allah.#WorldFoodDay2021 pic.twitter.com/wgAbh9w9ua

Thank you for joining with us in New Mexico to observe World Food Day 2021. This year's theme is "Our Actions are our Future." Please refer to the guide below the video before, after and as you view the compilation of stories and prayers we offer to you this day. The stories promote two topics: challenges and sustainable solutions for indigenous communities in New Mexico and the work of organizations that help immigrants and refugees. In between these stories, we have powerful prayers, reflections and blessings from the Jewish, Diné, Baha'i, Christian, Muslim and Sufi traditions.

Diné Introspective  Shiprock, N.M.
Kyle Jim, Breanna Lameman
A non-profit 501(c)3 community based organization in Shiprock that has been in practice since 2017 and officially established in 2018. Services include social justice, environmental justice, digital justice, and food sovereignty. We are a Native-led and Native operated organization. We are composed of young Natives, farmers, scholars, educators, and community organizers in the Navajo Nation.
Donate
Contact dineintrospective@gmail.com

Tres Hermanas works with the Albuquerque community of refugee farmers to ease integration and increase self-sufficiency by growing produce, accessing farmers markets, and improving English skills. "We are passionate about connecting people to place through the act of growing roots and producing food." Tres Hermanas is part of the Lutheran Family Services Rocky Mountains Refugee and Asylee program in Albuquerque.
Donate (via Lutheran Family Services)
Contact: treshermanasfarm@lfsrm.org

Sisters' Food Project (Islamic Center of New Mexico)  Albuquerque, N.M.
Dr. Mahmoud Eldenawi, Maryam Chudnoff, Aamna Nayyar, Yolanda Manzua (Albuquerque, N.M.)
The sisters have established a food and hygiene product distribution program, not only for the Muslim community, but for the Albuquerque community at large. Since April 2020, distribution has been Biweekly, and serves an average of 70-100 families. many of whom are immigrants, refugees and asylees., This program is completely supported by Volunteers, sponsors and community members.
Donate (via the ICNM)
Contact  sisters.food.hygiene@gmail.com

Position Responsibilities: In cooperation with the Pastor and staff of LMPC, and in communication with the LMPC Session: 1. Oversee the design and weekly operation of the La Mesa Food Pantry. 2. Create and follow a budget. 3. Apply for and administer grants.

4. Work with the space provided at LMPC, determine delivery, storage and distribution solutions, within available finances.

5. Restock storage places with donations and deliveries. 6. Clean LMFP storage spaces, shelves and kitchen areas. 7. Recruit and oversee additional volunteers and support staff as needed. 8. Weekly communicate desired food list to grocery store buyers. 9. Schedule and secure 3 volunteers each M-W-F as possible. 10. Communicate with gleaners and support food drop-off from gleaners. 11. Manage and monitor food distribution to customers, and keep records of sign-ins. 12. Receive deliveries from Roadrunner food bank with volunteers. 13. Weekly manage ordering to and bookkeeping from Roadrunner food bank. 14. Write monthly reports to the LMPC Session on the LMFB distribution / finances and identify areas for improving efficiency and equity. 15. Identify and try to resolve issues of discrimination in customer service and food pantry design. 16. Monitor all safety issues including masked customers and volunteers. 17. Communicate regularly with LMPC and staff and the appropriate church committees by attending meetings, writing newsletter articles, writing bulletin announcements, connecting via electronic media (e-mail, texting, Facebook, etc.), and engaging in personal conversations as needed. 18. Participate in additional community boards or in enriching educational opportunities as are available and financially feasible for the benefit of the LMFP. Hours of Employment: Monday, Wednesday, and Friday from 8:30-11:30 plus 6 additional hours weekly. An average of 15 hours per week. Compensation: Commensurate with experience and paid during a 12-month cycle. Contact: Chair of the Personnel Committee at personnel@lamesapresabq.org
Posted by BreadNM Blog at Monday, August 16, 2021 No comments: